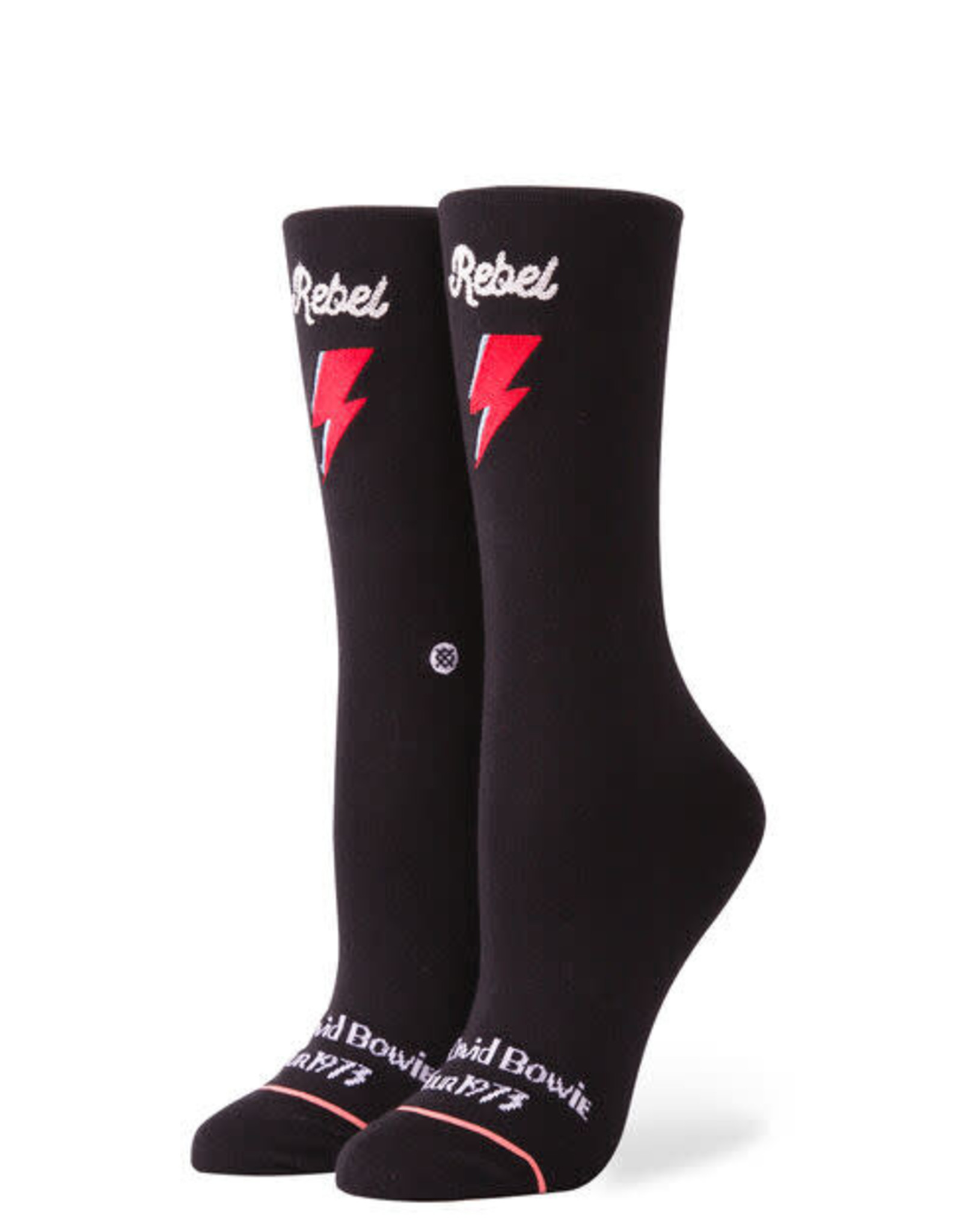 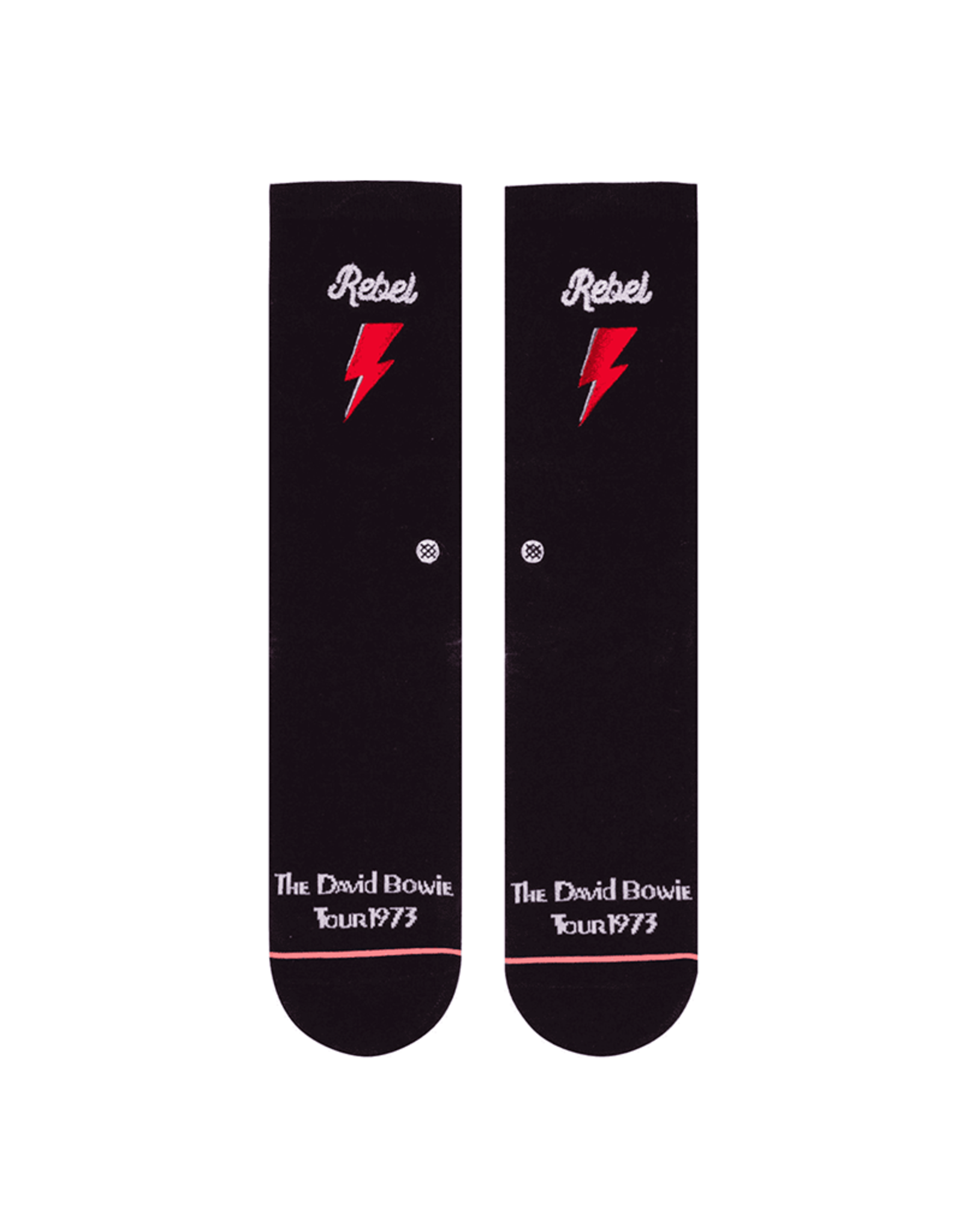 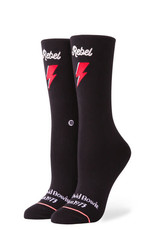 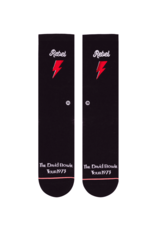 With electric red hair and a lightening painted across his face, David Bowie became a champion of the outsiders, the rebels, the punks and the poets. As one of the most visionary icons of the 20th and 21st century, Bowie was never just a magician or an actor. He was a complex and cutting edge artist who made reinvention his signature. Whether he was embodying an alien, a glam-rock God or a lonely astronaut, David Bowie's androgynous appearance was ever changing sonic landscapes and redefining music and pop culture forever. Introducing The Prettiest Star from the David Bowie x Stance collection.

Stronger and softer than regular cotton, this premium fiber is built for superior comfort and resiliency.