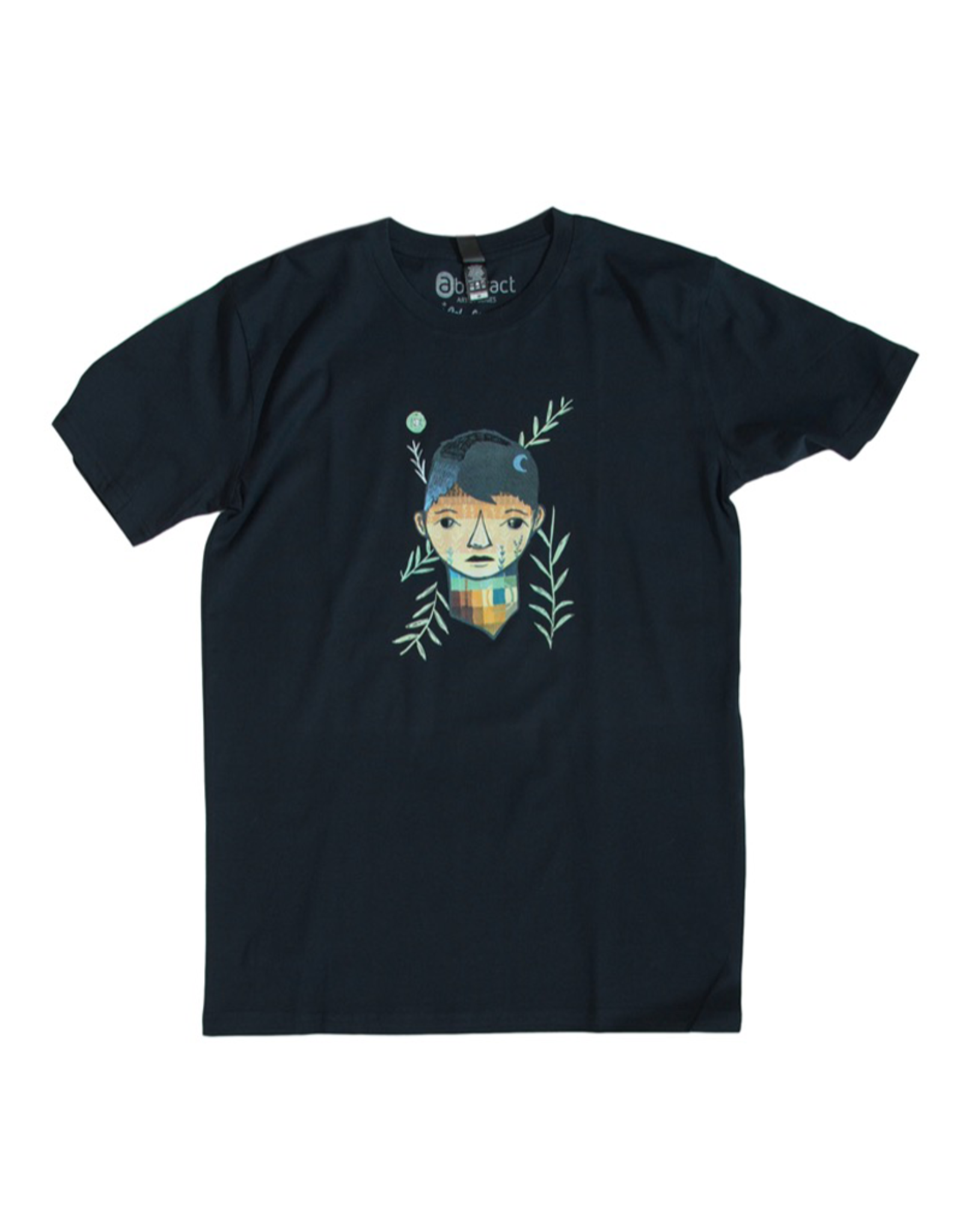 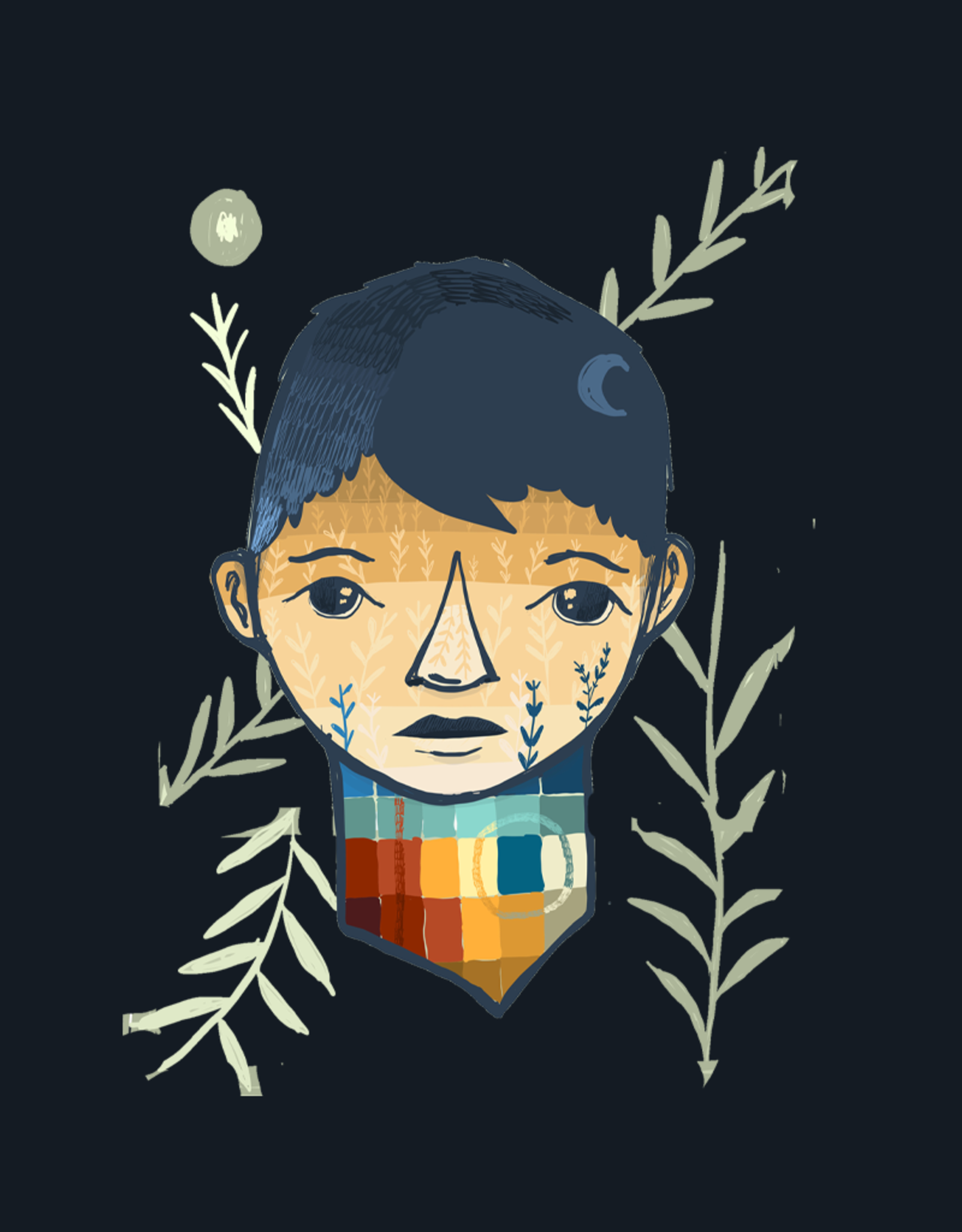 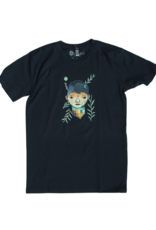 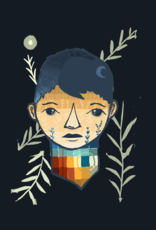 This shirt was designed by Argentinian Street Artist Pol Corona as part of his artshow with Mike Graves at Abstract. Check out more of his work on Instagram.

Pol was born in 1987 in Villargeil, France and at 14 years old was living in Madrid, Spain when he first took to the streets as a letter graffiti artist. In 2004 when he moved to Buenos Aires, Pol met the first generation of Argentine graffiti artists with whom he began to paint. As of 2007, Pol initiated a major change in his art by exploring an entirely new style leaving behind the lettered graffiti upon which he’d grown accustomed and in this transition became part of the contemporary urban art boom happening in Buenos Aires. His style is figurative, simple and free. He’s known for his color palettes, faces, and houses depicting the relationship between humans, nature and the simplicity of being. An artist seeking creativity and constant evolution, Pol vacillates between painting murals and working in his studio where he experiments with different materials and mediums. In the last few years, Pol has become well known in the Argentine Street Art culture as his murals and paintings are shown in festivals and galleries across Latin America, Europe and the United States. His influence and presence in the art scene has allowed for the opportunity to curate one of the most important public displays of urban art projects in Buenos Aires known as Sullair Cultura where he has produced, assisted and curated more than 35 murals and 2 collaborative shows at a national level.

Bio produced from the ILA Gallery, you can also buy his art and see more here.