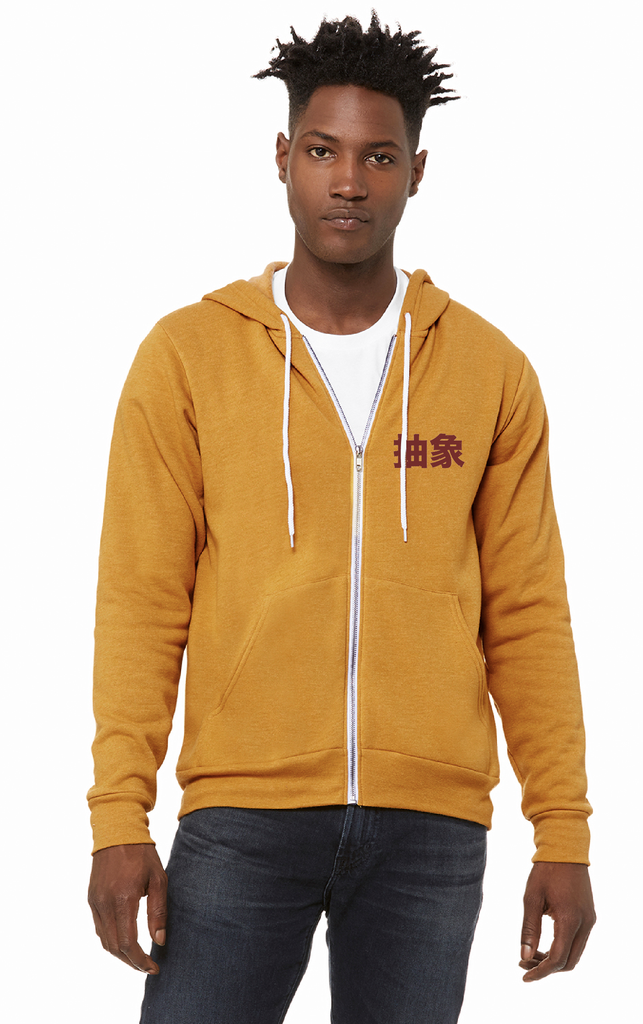 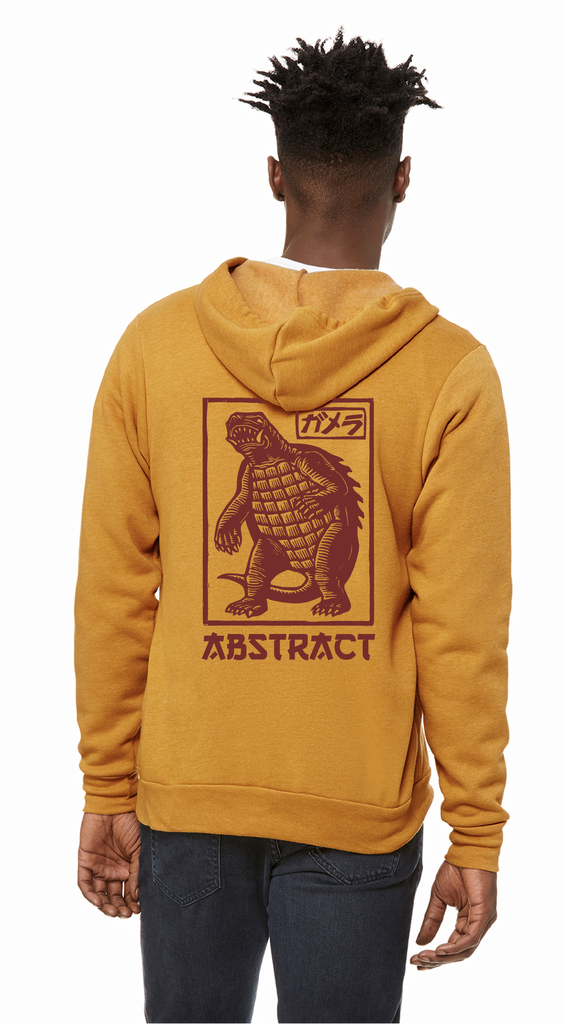 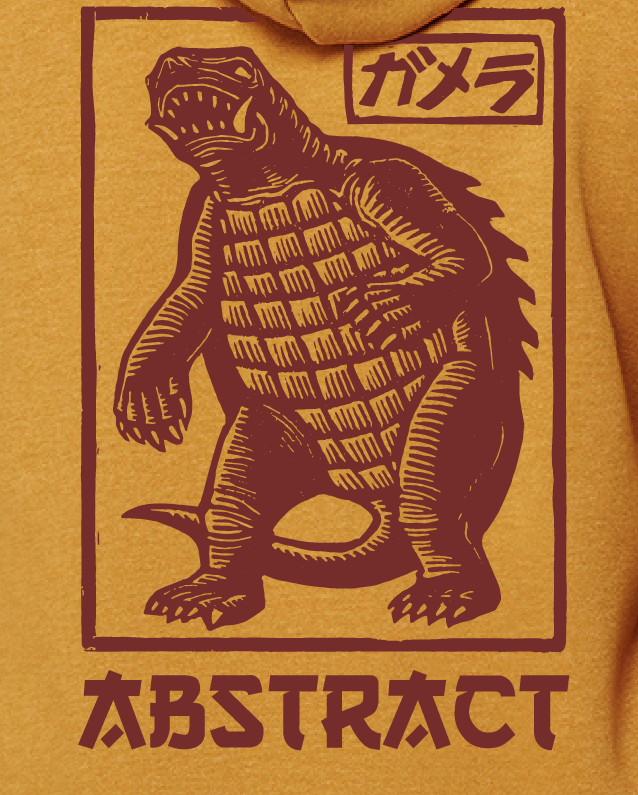 Are you a fan of the Godzilla Kaiju? If you are, this is a MUST hoodie for you! Rock Gamera on this dope Mustard colored hoodie.

Unlike any other species of turtles, Gamera has the habit of walking bipedally rather than on all fours, though he occasionally walks quadrupedally in his first three films. Gamera is capable of using his upper limbs in the same manner as Godzilla, as his forelegs have appendages much closer in construction to hands than feet, and is capable of grappling with opponents and manipulating objects. His mouth is filled with teeth, unlike any living modern turtle (several types of extinct prehistoric turtles were toothed, however), with a pair of large tusks protruding upward from his lower jaw. Gamera is also usually seen with very large human-like eyes, adding intelligence to his overall appearance. In the Heisei trilogy, Gamera has retractable bone spikes in each of his elbows. 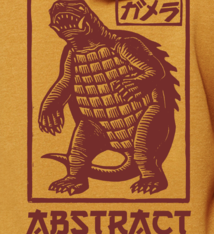